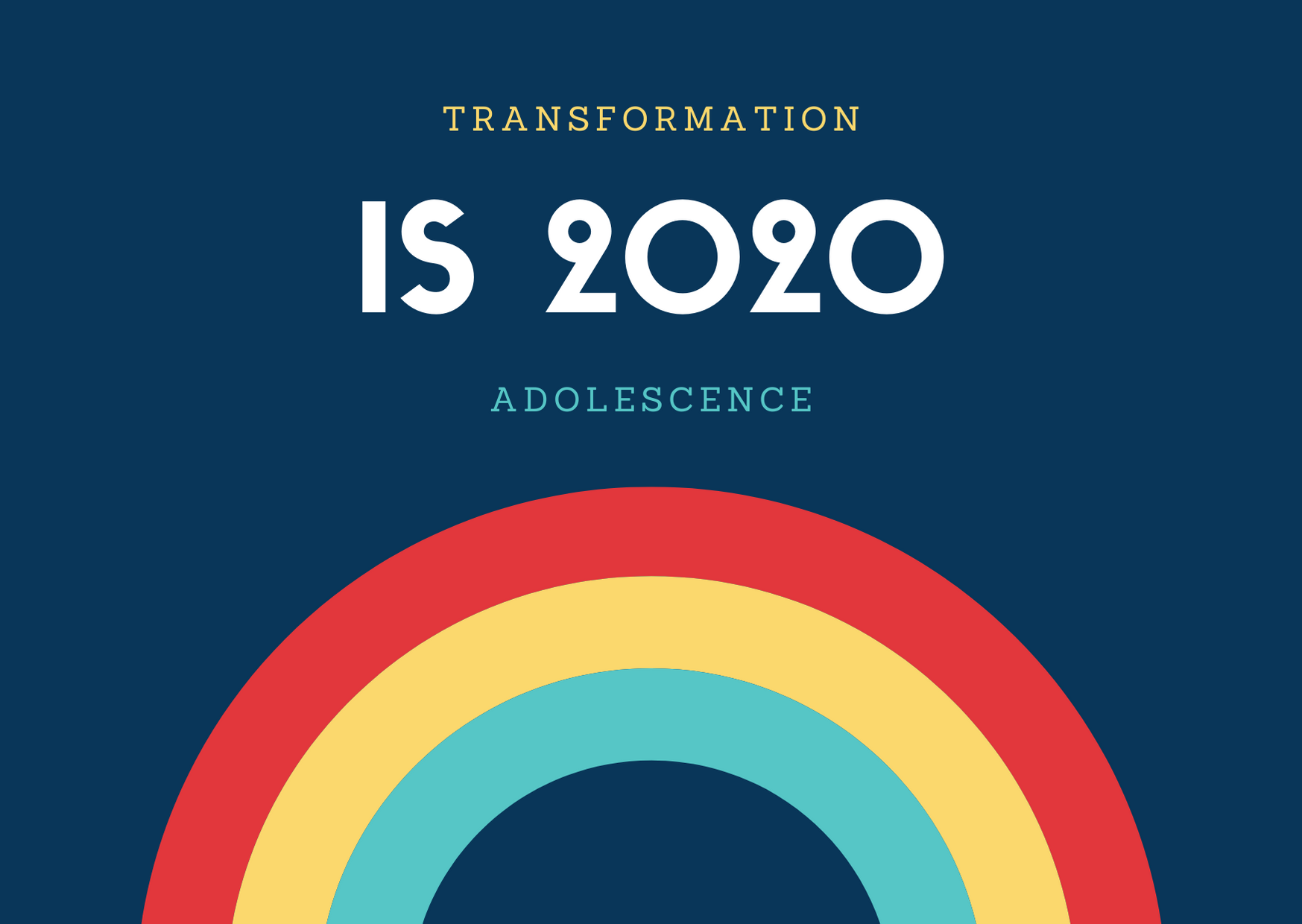 Have you ever been mixed up about your sexuality? Because I have been drowning in the deep confusion for so long. Five years ago, I truly acknowledged that I wasn’t secure with my pure identity. Once I used to study at the government school. A zone, where uncertainty often showed upon me, where they stigmatized LGTBQ+ people senselessly. BULLIED. “TALK LIKE A MAN,” “WALK LIKE A MAN,” “AH KTERY (Intersex-negative connotation).” These burning words have labeled me like a tattoo that I couldn’t erase. I’ve heard these unacceptable languages for years wherever I been, but I stressfully remained in silence. Shy. Afraid. One word has turned me from a silly boy to someone I couldn’t expect. Introvert. Emotional distress. This was a time I was really confused about my sexual attraction and who I really am. I didn’t even know what is LGTBQ+ back then. So, I thought I have brain issues, that why I was thinking and behaving differently from the other ordinary boys. Bully didn’t only happen to me once but over again. Some days I wished that they could at least call me by my name “SOKHENG.” The nickname was stuck in my mind until  I completely forgot my real name. A name that officially belongs to me “Sokheng.” Only I remembered, “Ah Ktery” did not define either one of “LGTBQ+” but only “intersex.”

LGTBQIA+ is the acronym of “lesbian, gay, bisexual, transgender, queer, intersex, and asexual.”

A welcoming place where I was born doesn’t comfort me, Cambodia. A nation that doesn’t fully support the LGTBQ+ community. That’s why Cambodians still lack knowledge about this topic since this topic isn’t provided at school. Resulting in, discrimination, violence, suicide, and exclusion. Plus, crude nicknames: Ah PD, Ah Ktery (Intersex), A Nhi (Female), Ah Sim Pi (Two SIM cards), Ah Jake (Banana) intentionally apply to this community. Yet, there is no legal protection as well as no same-sex marriage recognition. Khmer Marriage tradition between man and woman has been rooted in Khmer culture for centuries. Until this nation couldn’t accept the fact of same-sex marriage tradition. These influences and the traditional norms are how the laws are implemented. Besides, Culture has been tremendously shaping Cambodians to behave, to talk, to believe a certain way, for instance like Chbab Bros & Chbab Srey (Man’s role & Woman’s role) written to be practiced. This presents how much Cambodia is behind other ASEAN countries to accept the community to the kingdom. Born in a Khmer shelter, I don’t have the right and chances to expose my true self to the outside world. My parents do not allow me to do certain activities that boys are restricted to such as do makeup, wear women’s clothes, play barbie, instead they demand me to behave like Kon bros derm trong bram hat (a son with five meters chest long). OBEY!

Because of this discrimination toward the community (figure above), it encouraged one of the first cohort students (Venghour-17 years) at Liger Leadership Academy (my school) to step into action and confidently start a project to end this issue. He has been through tough circumstances as well as discrimination, just because of his personality, behavior, and appearance. So, in early 2020 of my academic year, I was accepted as a member of the ADOLESCENCE project led by this young male student (Venghour). As in the project, “The ultimate goal is to extend the awareness of the complications or struggles relating to gender identity and sexuality, and expressing love through the power of art,” (-Venghour). 10 teammates and a project leader (Venghour) have come up with a defined solution to tackle this issue. In class, we separated into five departments: studio art, marketing, performance, sculpture, and media. “ART,” a leader himself chose art as a concept to promote change and positivity to the community since art is his potential.

To start a class, we affirmed ourselves to be ready for the day. “… I AM AN ARTIST,” this last phrase always reminded and provoked me to productively work. In addition, we looked up to different LGTBQ+ artists like Prumsodun Ok (A Khmer classical dancer), Jonathan Lyndon Chase (contemporary artist), and more to gain inspiration. But also investigated their techniques of how they deliver messages through their artwork. Soon it’s finished, we broke up to work for each of our departments. We were working on different types of skills: painting, photoshopping, sculpture designing, coding, marketing, and dancing. It required a lot of determination, time, practice, and love, in order to fulfill our ambition. Each member has been contributing much energy and hard work just to produce this visual art gallery and our performance to become reality.  Furthermore, we shared personal stories, individual experiences, and discussed deeply how LGTBQ+ people have been affected by their society.

Just a first few weeks ago in the project, I slowly changed my perspective toward this community already. I started to not judge or exclude them, instead, I have opened my heart and mind to accept and cheer them. I was here in the project for a reason, I knew I am here to change the world for the better. I’m not just an ordinary boy in the town anymore, but now I’m a leader. So I don’t wait for the change like I used to because change begins from me. That is why I don’t hesitate anymore to be colorful and to show the beauty of who I am.

After seven weeks of work and much sweat and tears, we opened the first show to our Liger family. Performance under a topic of Discrimination in School – Fourth Grade from a life experience that Venghour encountered. I have never danced in front of many audiences with eyes staring at me through the whole dance but suddenly felt like a professional dancer. I danced to bring back who I really am. To bring the old me that was funny, full of myself, joyful, colorful, and confident. Not shamefully hide the pain of the bully to only me anymore. Let the world start to hear; “You’re weak,” “YOUR BUD IS TOO CERVE,” “You’re like a girl,”  Ah PD, Ah Ktery (Intersex), A Nhi (Female), Ah Sim Pi (Two SIM cards), Ah Jake (Banana). We danced with a teardrop and in pain, to reveal how much we have to suffer, but most importantly was to empower other LGTBQ+ to stand up and value yourself, also to show the reality of our lives. Plus, to stop the random naming toward these people. This is what the adolescence project is about. However, Human rights in Cambodia seem to fade away from us. Still, I risk until I receive acceptance, rights, and equality. I surely do it for the sake of the community. ស៊ូដើម្បីជីវិត! Fight for life!

Being here for seven weeks, I gradually comprehended who I was as a person. The confidence I noticed myself from the beginning I stepped into this project and now is hugely changed. By contributing my ideas and vision to this project, it has reduced the stress and pain that has been in me for years. I learned to be a leader both for myself and others. Especially I got to explore many paintings as well as amazing artists. Besides, I also learned about team collaboration, team management, and creativity. The personality that is always fun and the state of owning my beauty and my name is back. This project has inspired me to step a little beyond my limitation zone and push me to be a greater human being. Felt a bit blissful!

But that’s not it!

A final task of the adolescence project is to exhibit an art gallery full of sensitive masterpieces with audio of Venghour’s life story hidden behind as well as the last performance will be performed. Different types of artworks will be showcased: digital painting, photograph, canvas painting, sculpture, and videos. We’ll offer this opportunity for Khmer elders and Khmer youths to start to understand what is LGTBQ+ and the struggles through this whole gallery. We hope that after the exhibition, We could see some changes and differences. It’s very needed to balance the support of LGTBQ+ people to be equal to typical people, in order to define peace and humanity. My team planned to exhibit this visual gallery in 2020 before the last month. Although, due to the outbreak (COVID-19) reported from Wuhan, China; the government immediately demanded all the academies to pause and some companies have shut down. That! We couldn’t accomplish our task. Even though we are in quarantine, we still connected through zoom to continue our project, so that the assigned tasks can be completed on time. Also, to ensure that we can establish a wonderful gallery.

After all, I have come to the conclusion. By went through the adolescence project and many past experiences, made me realize that I’m no different from anyone in the world. Not different from anyone who wants others to treat them equally and respectfully. Besides, because of this project lesson about LGTBQ+, I’m able to define my true self with the purity that led me to be a part of the LGTBQIA+ universe as “Bisexual.” To put it in perspective, the adolescence project was a helpful contribution to the world and specifically Cambodia by helping to expand the awareness related to the community through the power art. This project has trained me to be a real change agent. That’s why I have got up to face reality and be mentally and physically strong to overcome those obstacles. On the other hand, I highly expect the people who have been affected by this project as well as affected by this article to continue to express love and care. Call LGTBQIA+ by their names is one of the considerable ways to show your LOVE and RESPECT.

Liger Leadership Academy students are English Language Learners. They have been immersed in English since they arrived Liger but are still developing grammar and fluency. At Liger, we pride ourselves on prioritizing process over product. Please excuse any English errors as part of the learning continuum our students have taken over the years. 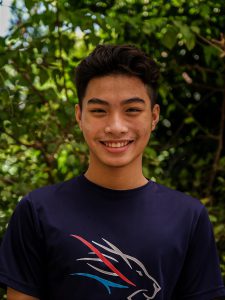 Welcome to my portfolio!

My name is Sokheng Em. I’m an ordinary guy who grew up in a small town in Kampong Cham province, Cambodia. I used to study in a government school for seven years before I received a scholarship to Liger. I used to be exposed to traditional learning methods, but Liger’s curriculum is far different from what I have experienced. Project-based learning is the core focus of liger’s education, and by participating in these activities, I have become an active and thoughtful person. Continue Reading